Welcome to the official website of Over The Garden Wall

Many people know Over The Garden Wall the as founding members and front-men for the popular Toronto-based Genesis tribute band, “Over the Garden Wall” which paved the way for many other Genesis cover bands to follow.

See more information of the band and music by Over The Garden Wall.

Stay up to date with the latest news for upcoming shows and more.

Preview all of your favorite music and videos by Over The Garden Wall for free.

Get more information about live shows from Over The Garden Wall.

About Over The Garden Wall 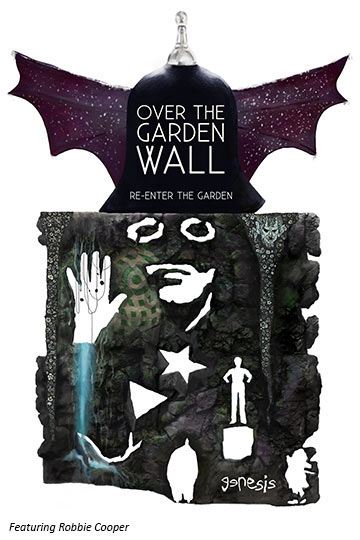 The Sights and Sounds of Genesis

Back in 1986 five musicians came together to form one of the most successful cover acts of the 80s.  Five progressive minded individuals created a cover act performing the music of one of the most popular and influential bands of the British progressive rock era. GENESIS.

The band was OVER THE GARDEN WALL (O.T.G.W.) and were known for covering the complete history of GENESIS including the solo works of Peter Gabriel and Phil Collins.

O.T.G.W. played to audiences continuously throughout North America until disbanding in 1996. Now after a hiatus and because GENESIS has just completed their final performances, the time has once again knocked on the door of O.T.G.W. to entertain fans worldwide who enjoy the music from all the eras and influences of GENESIS.

We are excited to announce that O.T.G.W. is preparing to start the Live Life Live tour in the spring of 2023. Stay tuned for updates. 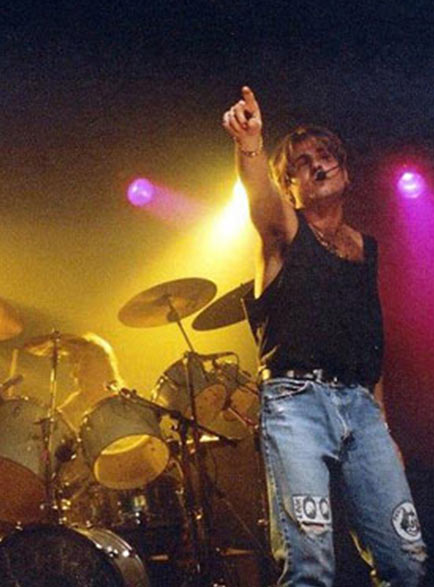 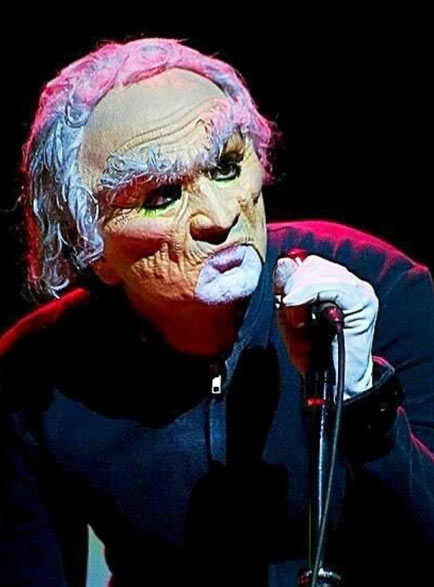 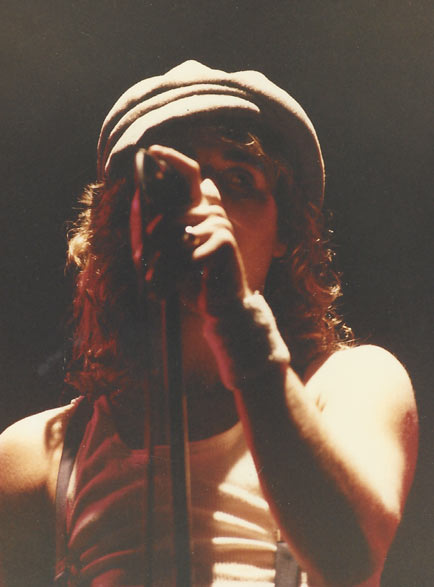 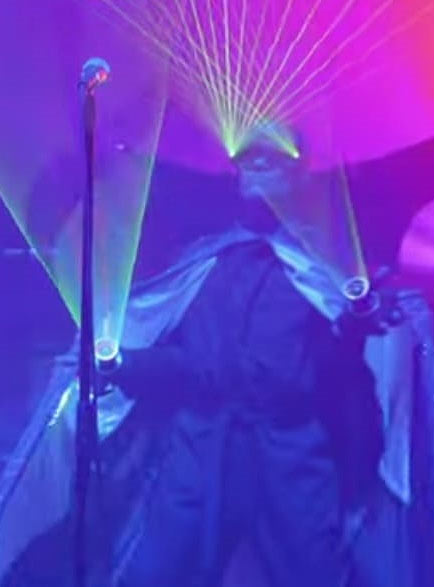 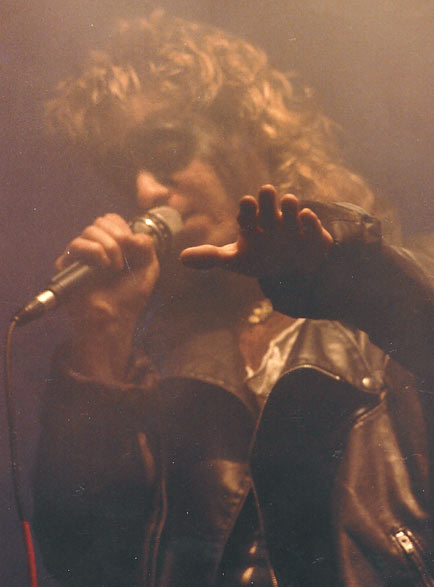 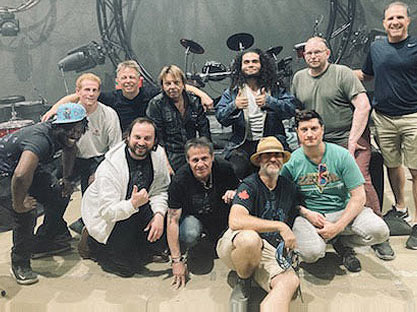 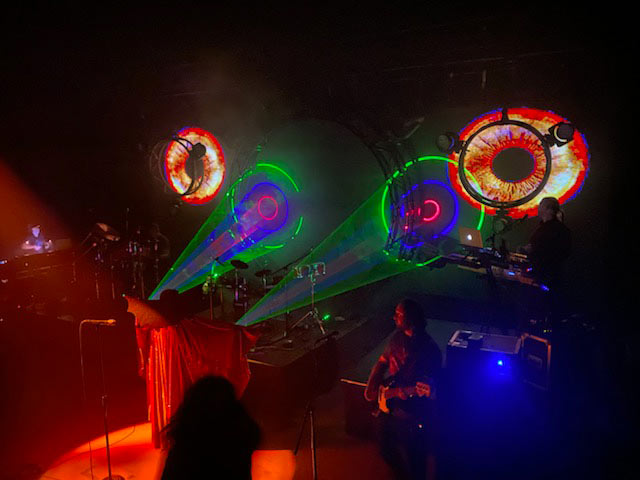 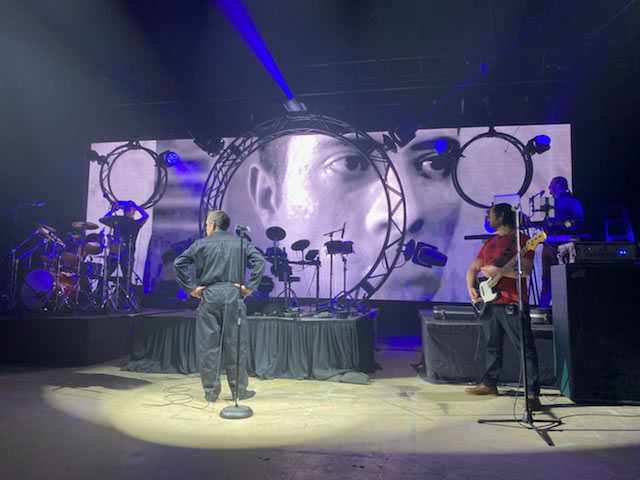 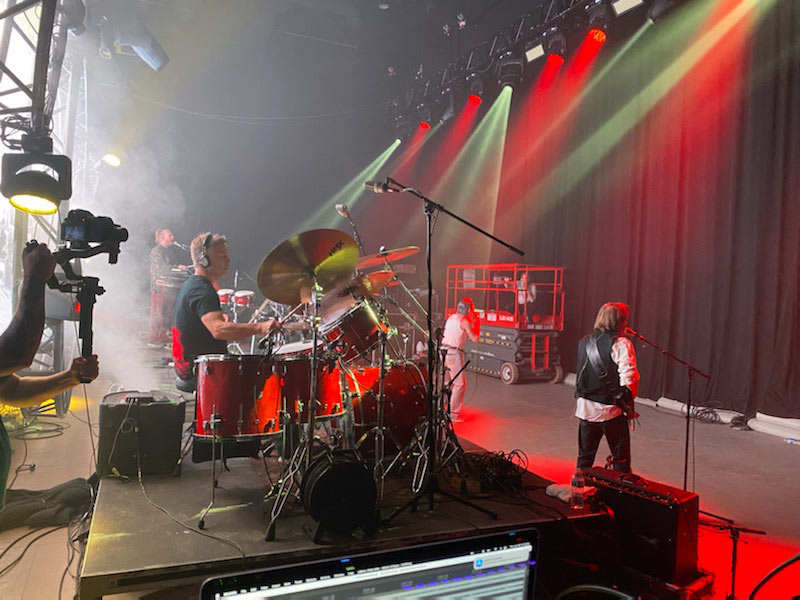 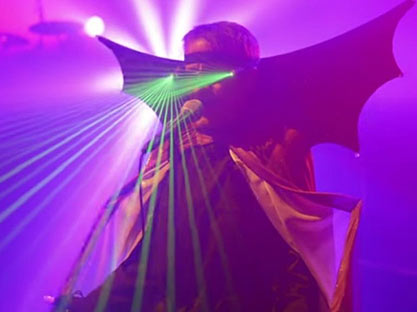 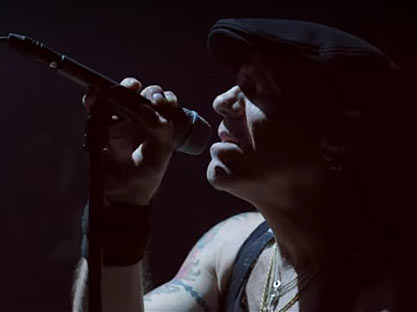 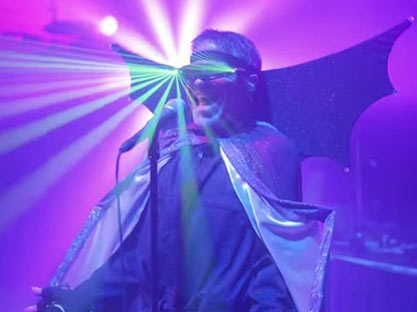 Over The Garden Wall Members

The progressive pop rock sound of Robbie Cooper. Critics have called him “The Next Peter Gabriel” and “The New Phil Collins” although his vocal range and style is truly his own … with the hint of his heroes always evident. Robbie played his first gig in downtown Toronto. A few years later, he was signed to A&M records. Robbie’s next project was forming a band which won the “$100,000 Discovery to Disc Contest” sponsored by CFNY-FM in Toronto. He then went on solo to Chattanooga, Tennessee and began recording sessions… Read More 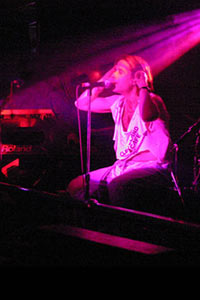 He composes music for Radio, TV and Film. He has composed and recorded a dozen instrumental albums of various styles of music for Sound Ideas’ stock music library which are currently heard all over the world as well as his own albums and publishing demos for other recording artists.

He has recorded and performed with a vast array of musicians from Helix’s Brian Vollmer to pop singer Amy Sky and country singers Beverly Mahood and Jamie Warren as well as opening for Colin James and shared the stage with Cowboy Junkies.
He has performed live at the Molson Amphitheatre for Rod Stewart’s VIP after party and the CCMA’s with Shania Twain, Prairie Oyster and Jason McCoy to name a few. He was Assistant Music Director for Drayton Theatre’s ‘Twist and Shout; The British Invasion’.

Daniel is also very well known as a voice actor in Toronto providing voiceovers for hundreds of commercials and cartoons. He is currently the new voice of ‘Grand Albert’ in ‘Super Wings’, the voice of ‘Master Mayhem’ in Nickelodeon’s ‘Massive Monster Mayhem’ and can be heard on Marvel’s ‘Guardians of The Galaxy’, Paramount’s ‘The Barnyard’, MTV, YTV, CMT, The Zimmer Twins, Tinguaro the Sun Lizards, Toyota, Barq’s, Little Caesars, Mill St. Brewery, Western Union, East Side Mario’s and many more. 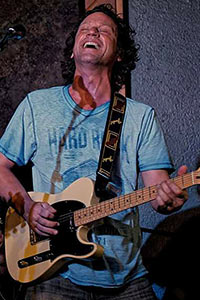 Neil Numminen was born in Toronto, Canada. He has travelled the world providing electric bass in widely varying eclectic styles for literally millions of music lovers over the years. He first toured North America with The White, considered to be one of the very first internationally successful tribute bands.

He’s performed with such Canadian icons as The Good Brothers and John Allen Cameron, and continues to be a first call player for numerous artists and shows. He has mounted his own show paying tribute to the genius of Weather Report, Joni Mitchell and Jaco Pastorius, and performed Rush’s 2112 album with Classic Albums Live.

In a widely varied music biz career Neil has proudly owned and operated a successful retail music business, a regional sound reinforcement company with a stellar reputation, and recorded as bassist and producer on countless sessions. All this while continually performing bass for live events, which is a unifying passion in all of the above for Neil. 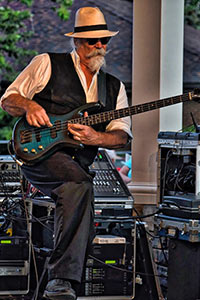 Rubio, who was born in Canada in 1973, made a name for himself as a musician at a young age. He obtained a scholarship to study with Kawai at the age of eight, and by the age of ten, he was receiving prizes at national music festivals and recording classical music for the Canadian Broadcasting Corporation. He played with a number of Canadian recording artists as an adult, including Kenny Shields (of Streetheart) and Ray Lyell. He relocated to Toronto in 1991, where he continued to extend his views. He began playing salsa alongside globally recognized vocalist Lalo Rodriguez in 1994, and as a result of these performances, he began to receive more employment in the areas of salsa and merengue… Read More 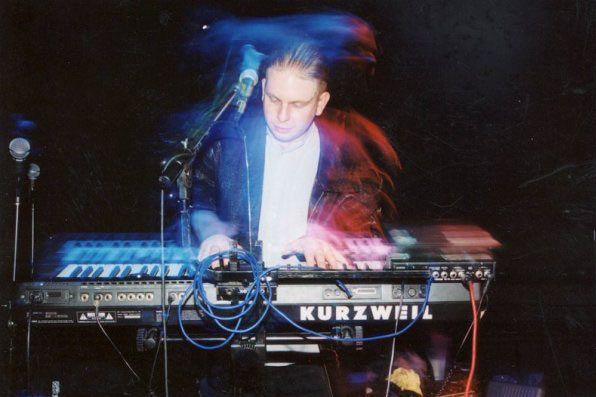 “Play for the Song”

Mike Thorne is a monster drummer that can groove. That was evident when multi-million selling band Saga chose the Scarborough, Ont., native as their new drummer in 2012.

Mike has played with Long John Baldry, Rita Chiarelli, The Dayjob Orchestra, The Drifters, Spock’s Beard, and SAGA among many other artists of various styles & disciplines.
In school, Mike excelled in symphonic bands, percussion ensembles, camps, workshops, recording courses, and played in many local bands. He immersed himself in all things “drums.”

After high school, Mike started playing with several bands, gathering valuable experience that would make him a very sought-after drummer, noted for his chops, his feel, his reliability, as well as the vast library of songs he could play.

Mike’s versatility allows him to adapt to any musical climate. Playing with a band, any band, he knows how to hold the unit together. He is easy-going, accommodating, and his humour is infectious, both on & off the stage! His timing, watchful eye and common sense approach is a breath of fresh air. An experienced musician can tell right away that Mike is a World-class player.

In 2003 he broke his left wrist. Instead of taking time off, Michael honoured every one of his gigs by performing one-handed for the next 10 shows. There is a video of Mike which went viral on YouTube called “Broken Wrist Drum Solo.”

Mike lives in Munich, Germany where he (when he’s not on tour) teaches and records music, is an audio/video editor, photographer and voice-over artist.
Creativity and passion fuel his days, and with sticks in hand, it’s perfect harmony. 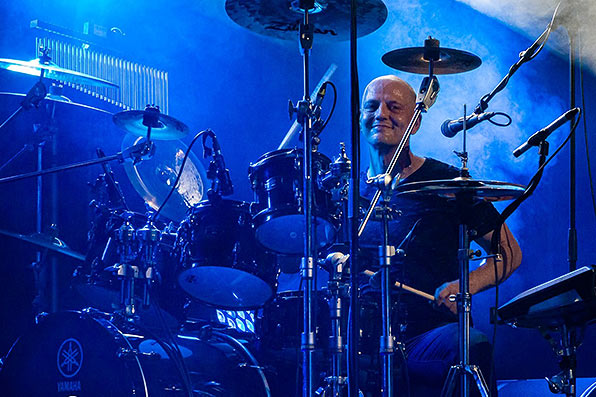 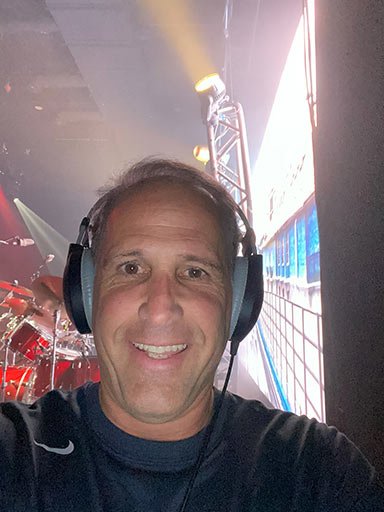 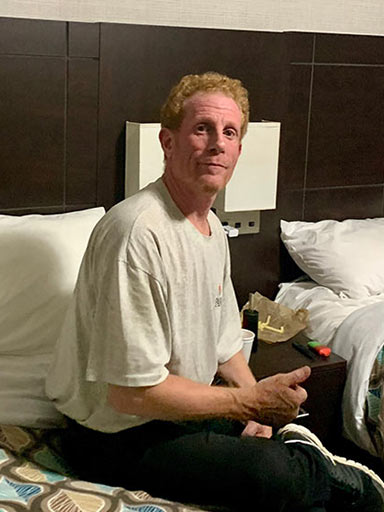 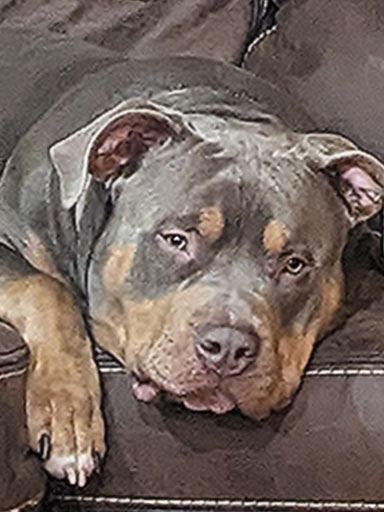 Upcoming Live Shows and Events from Over The Garden Wall. Visit this section for more information, dates, times and location. 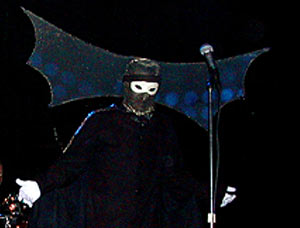 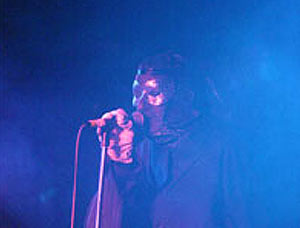 Over The Garden Wall is coming to Toronto, Ontario, Canada. See latest event in the shows section.

To view the latest news and articles about Over The Garden Wall visit this section for all the details.

Over The Garden Wall Website is now available for more information about our events and music. 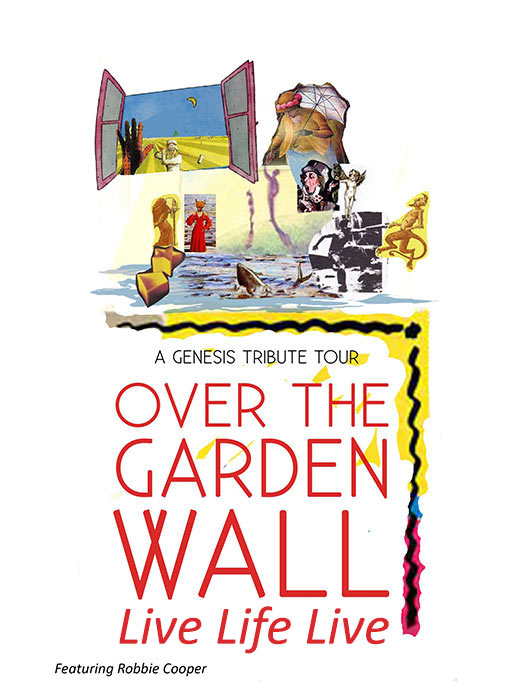 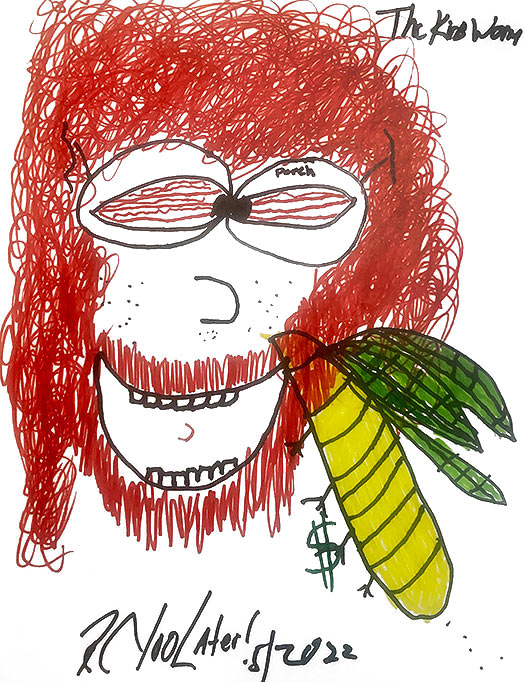